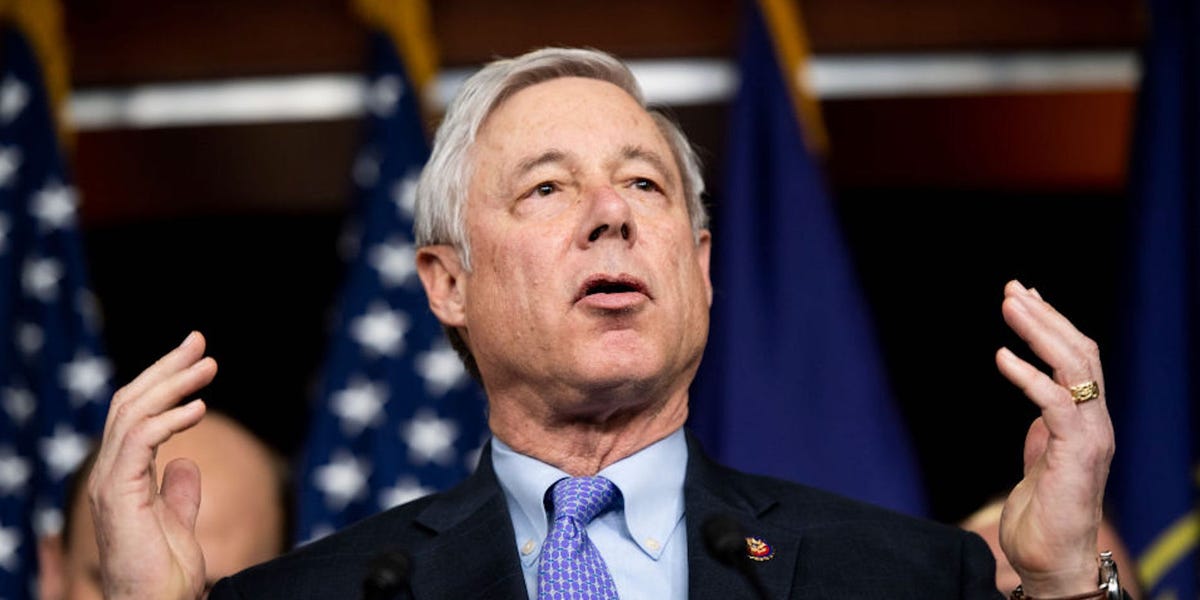 GOP Lawmaker Said He Got Threats After Voting for Infrastructure Bill


A GOP lawmaker said he received threatening voicemails after he voted in favor of President Joe Biden’s infrastructure bill.

Speaking to CNN anchor Anderson Cooper on November 9, Michigan GOP Rep. Fred Upton, who was one of the 13 GOP lawmakers who voted for the bipartisan $1.2 trillion infrastructure bill, said he had seen “civility really downslide” after his vote. Upton’s office shared one voicemail with CNN, which was played on “Anderson Cooper 360.”

“Fucking traitor. That’s what you are. You’re a fucking piece of shit traitor. I hope you die. I hope everybody in your fucking family dies,” said the unnamed caller in a voicemail left for Upton. The Michigan lawmaker’s office told CNN the voicemail was not an isolated incident.

“I hope everybody in your fucking staff dies,” the caller added.

“I’m glad to defend that vote. We’ve been working, really, since last spring, on a bipartisan bill,” Upton told CNN about the voicemail.

Upton added that he was concerned about his staff, noting the calls are a threat to staff members and the office.

“This is very disturbing, adult language, to say the least, that truly is frightening, and a real bad mark in terms of civility across the country,” Upton said on CNN.

Upton and the other 12 lawmakers who voted for the infrastructure bill have faced significant backlash from former president Donald Trump and their GOP colleagues. Georgia lawmaker Marjorie Taylor Greene and Colorado Rep. Lauren Boebert have launched public attacks on the 13 House Republicans via Twitter.

In a November 6 tweet, Greene wrote: “These are the 13 ‘Republicans’ who handed over their voting cards to Nancy Pelosi to pass Joe Biden’s Communist takeover of America via so-called infrastructure.” In a follow-up tweet, she included the lawmakers’ office numbers.

Greene later doubled down on her move to share the lawmakers’ phone numbers on her Twitter, telling The Washington Post: “As a member of Congress who receives constant death threats and death wishes from the radical left, I certainly know what that feels like and I don’t condone it.”

However, she told the Post the “taxpaying American citizens who pay Fred Upton’s salary” should keep calling him “the rest of the unlucky 13” and “politely say how they feel about these traitor Republicans voting to pass Joe Biden’s Communist agenda.”

Meanwhile, Boebert tweeted on November 6: “RINOS just passed this wasteful $1.2 trillion dollar “infrastructure” bill. Pelosi did not have the votes in her party to pass this garbage. Time to name names and hold these fake Republicans accountable.”

Separately, Senate Minority Leader Mitch McConnell, who was one of the 19 GOP senators who voted for the bill in August, has called the Biden infrastructure law a “godsend” for his home state of Kentucky.