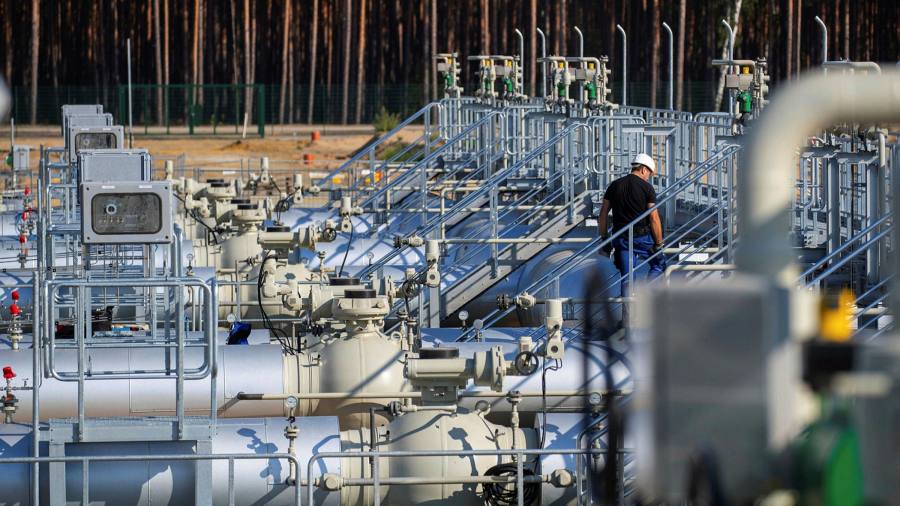 
European gas prices jumped on Monday as traders said there was little evidence that Russia was preparing to increase exports to the region, despite Gazprom starting to fill some of its storage facilities on the continent.

Russian president Vladimir Putin last month ordered state gas giant Gazprom to begin filling the storage facilities it controls in Germany and Austria by November 8 at the latest, boosting hopes that exports to Europe would rise.

But while data show that Gazprom started adding some gas to its largest storage sites in those countries over the weekend, traders and analysts said there was disappointment as no additional pipeline capacity had been booked by Russia, suggesting that any storage fill would come from existing flows.

This is unlikely to provide significant relief to a market that has been roiled by tight supplies ahead of winter as well as fears of shortages if the weather is even slightly colder than normal and Russia does not boost exports to western Europe.

“Russia has done what it said it was going to do, but in a very narrow way,” said Laurent Ruseckas at consultancy IHS Markit.

“There has been no big increase in the overall exports to Europe, which is why some traders are disappointed, even as Gazprom’s own storage facilities are starting to see some gas go in,” Ruseckas added. “What would get a bigger reaction from the market would be if Gazprom went back to auctioning short-term gas supplies, as they have done in previous years.”

The European benchmark price jumped as much as 10 per cent to above €80 per megawatt hour before easing to €76.50, while the UK benchmark for December delivery rose 6 per cent to about £2 per therm.

Gas prices in Europe have eased slightly from record highs in October after Putin indicated that Russian supplies to western Europe could increase.

Traders and analysts were focused on November 8 after the Russian president’s order to fill the Gazprom controlled sites, which the company has allowed to fall to unusually low levels, drawing criticism from analysts who believe Moscow has contributed to tight supplies this year.

Russia has limited its exports to western Europe to those secured by long-term contracts this year and has tied increased supplies to the start-up of the controversial Nord Stream 2 pipeline, which runs through the Baltic Sea to Germany.

Some European lawmakers have accused Russia of stoking the gas crisis to increase pressure on regulators in Europe to accelerate the pipeline’s authorisation. Russia has denied limiting gas supplies.

Dmitry Peskov, Putin’s spokesperson, told reporters on Monday that there had been no progress in certifying Nord Stream 2. “Obviously, this will take some time and the most important thing here is to be patient,” Peskov said, according to Interfax.

GOP Lawmaker Said He Got Threats After Voting for Infrastructure Bill